How goodnews4.de Generated More Subscribers with a Flexible Paywall

goodnews4.de is a (hyper) local news site in Germany’s Karlsruhe region, focusing on town of  Baden-Baden and its surrounding area. The site was launched in 2007 by Christian Frietsch, who previously worked at Ogilvy & Mather as well as several radio stations, and currently serves as Editor-in-Chief of goodnews4.de.

In the years since its founding, goodnews4.de has made a name for itself in the region for its exclusive and fearless investigative local reporting. The site now counts an average of 240,000 visitors each month. In addition to its online presence, goodnews4.de also regularly publishes print issues and, most recently, the book "The Bussi Bussi Society in the Baden-Baden Town Hall". For three weeks in May 2019, the book ranked # 1 on the Amazon Public Affairs bestseller list, which helped promote online traffic. 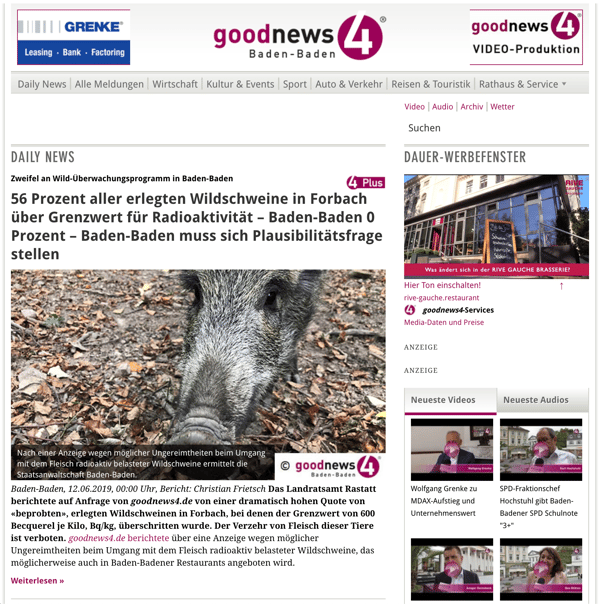 In the spring of 2018, Frietsche began exploring options for a paid content model - to be called goodnews4Plus - as a means to become more independent and less reliant on purely advertising-dependent financing.

"We quickly outlined our requirements,” Frietsche explained. “In addition to existing customers with subscriptions, it was important to us that even casual readers could continue to access all our articles - including the new paid content."

At the same time, whichever flexible paywall and payment solution was chosen, it also needed to be implemented at a low cost, and without a great technical effort.

As a self-professed bookworm, Frietsch was already familiar with the way LaterPay works: "I really liked the ability to read paid articles across the media." This flexibility, combined with the low integration and operation costs proved to be the decisive arguments in favor of using LaterPay on goodnews4.de starting in June 2018.

Right from the start, the pricing structure for goodnews4Plus took into consideration the varying needs of the site’s different user groups, with readers able to choose between a day pass for ‎€1.50, a weekly pass for ‎€3.50 and a monthly pass for ‎€12.50. In addition to content that is available for free, each day goodnews4.de publishes an exclusive article that is only accessible to paying readers. 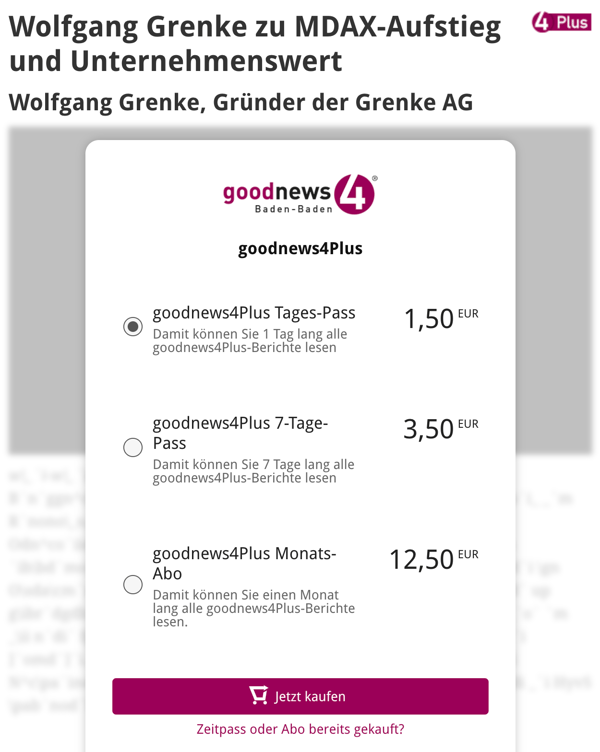 Looking back over a year later, Frietsch is satisfied both with the introduction of goodnews4Plus, and development of the offer.

"The acceptance of the new model among our readers was high from the start,” he notes. “Many of our regular readers opted for the monthly subscription right away, and the vast majority have remained faithful to the offer since then, all the while more new paying readers are added."

There was occasional resistance from users and a lack of understanding that now, even with goodnews4.de continuing as normal, certain content is only available for a fee. The team, however, identified three factors that contributed significantly to the fact that only a minority of readers have turned away from the site since the introduction of paid content: 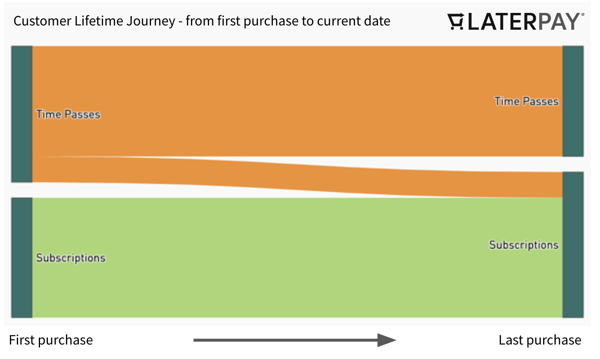 Equally positive is Frietsch’s own perspective on paid content after over a year of running goodnews4Plus with LaterPay: "The introduction of a paid offer is the basis for financing the journalistic operations of our online daily newspaper. In addition to the changing behavior of readers and viewers, local advertisers have limited their contribution to financing local media. The LaterPay model shows that online paid offers can be good revenue sources for local publishers."

Get a free consultation today.