Reader Revenues Made Easy  —  Like The Guardian, You Too Can Profit from Contributions

At the beginning of May, The Guardian announced that it recorded its first operating profit since 1998 — £800,000 for the 2018–19 fiscal year, compared with a £57m loss over the course of the three previous years. This is, of course, all the more significant because the publication does not have a paywall of any kind, instead relying on a combination of premium experience subscriptions, memberships, digital advertising and — most uniquely — voluntary user contributions in order to generate revenues.

Making money in the digital space is getting harder for the publishing industry these days. The Guardian managed to grow in many areas of their business, including premium subscriptions and digital advertising, and they have cut costs over the last three years. But they also rely heavily on voluntary financial support from their readers, which is not yet a mainstream practice. As the news of their profit breaks many struggling publications will study their path to success. Let’s focus on the voluntary reader contributions. 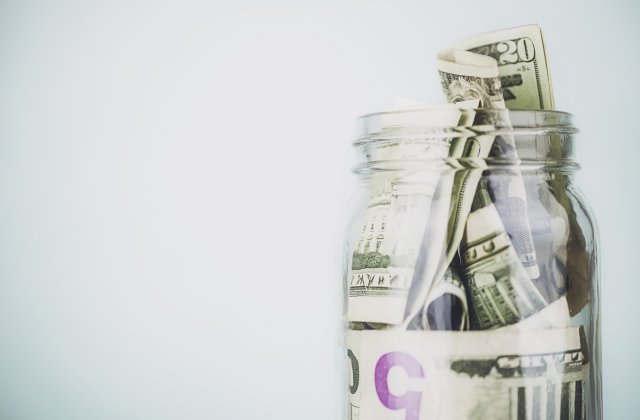 The Beauty of Voluntary Payments

Contributions aren’t themselves a new concept — a handful of sites besides The Guardian are experimenting and succeeding with voluntary payments models. In the German market, for example, the daily newspaper Die Tageszeitung (commonly referred to as taz) has been allowing its readers to support the publication with contributions since 2011. Aline Lüllmann, Head of Digital Transformation at taz talked to us for an article last year, stating that: “What has caused a sensation in recent years as a new form of financing media projects, has actually always been a constant at taz: support from the crowd. Being able to rely on a political readership that — with its participation and commitment — makes the entire project possible, has held taz — both the publication and its readers — together since its foundation.”

Contributions open up a new revenue stream and they do not endanger existing revenue streams. Users can contribute if they want to, but they don‘t have to. If they intend to make a voluntary payment, you want to make it as frictionless as possible. Users shouldn’t have to spend more time registering and making a contribution than time spent on reading the article. That‘s where the pay later model makes it easy to win paying users.

The LaterPay Contributions Button is a user-friendly way to solicit and accept financial support from your readers. Contributions are fast and easy to set up — our Button Generator just asks five simple questions and then, within minutes, you can install a customized button on your site that invites contributions from your readers, which they can pay for now, or at a later time.

Publishers — and content providers in general — can solicit revenue in two ways — either creating a button that asks for a specific contribution ($1.00, for example) for that particular article, or generating a larger menu that allows readers to choose from a selection of amounts, or even put in a custom value. This second approach is particularly impactful if you are asking readers to contribute to the site overall, rather than just express their appreciation for a specific piece of content — in fact we have seen contributions as high as $150 coming from individual users, and even double-digit amounts are more common than one might expect.

Over the past 12 months, we have seen — just as the Guardian has shown — that contributions are a great way to generate user revenue. But there’s an added twist that we’ve noticed since the launch of the LaterPay contributions feature, which is that asking for contributions can actually drive users towards other models, such as subscriptions.

The user migration chart below demonstrates how contributions can serve to convert users to a number of different purchasing options. In fact, in this case, users were just as likely to ‘test the waters’ with a contribution and then move either to a time pass or a subscription as they were to continue making one-off payments based on the value of the content. The point to make is that users who are engaged in any form of transaction are likely to try other offered transactions and models.

In a nutshell, the migration chart demonstrates that:

Salon.com, for example, has added the contributions option to its website and is currently exploring different formats. Pueblo PULP, meanwhile, implemented the Contributions Button together with other monetization solutions for their site. John Rodriguez, Publisher at The PULP says:“LaterPay has worked with us to offer our readers the freedom to choose their PULP experience, and the response has been eye-opening. From yearly and monthly subscriptions, to weekly passes, single article purchases and contributions, LaterPay allows us to offer our readers a variety of content consumption options that they are widely receptive to.” Branding itself ‘The Last Local’, the publication chose an open — yet subtle — approach to asking for contributions from its readers to help support the production of quality journalism on local issues close to their readers’ interests. Based on network-wide data from other publishers using LaterPay, we expect about 16% of paying readers will convert into subscribers over time.