Learning from the International Publisher Community at INMA

In addition to providing an overview of key trends and takeaways from the INMA Media Subscription Summit, the LaterPay team also had the opportunity to attend multiple keynote addresses and industry discussions, pulling together a highlight reel of the top moments below: 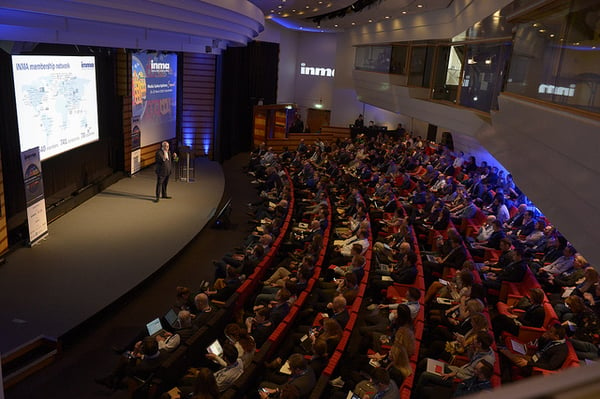 Google hosted a breakfast discussion on driving subscriptions and revenue for the news industry, providing more details on its Subscribe With Google initiative. The company was quick to stress that Subscribe with Google is not a paywall page - instead it is referred to as a ‘central subscription’ page that you can spread out across all your media properties. Recommendations for success with the initiative included:

Google expects to have over 30 partners for Subscribe with Google by the end of the year and will be adding new options and greater flexibility in the future, with the goal being to keep readers in the funnel and tailor offerings more specifically to the individual. It’ll be interesting to see how this shakes out!

Opening Keynote - the Industry is Changing

Earl J. Wilkinson, Executive Director and CEO of INMA, Jess Ross, Chief Product Officer of Fairfax Media, and Robert Whitehead, Board Member of McPherson Media Group took to the stage to welcome attendees to the summit and to discuss the changes the industry has seen since 2018’s inaugural Media Summit in London. The group noted the shift that is being seen with publishers increasingly moving towards ‘freemium’ models and projected that the next move will be into personalized, premium paywalls based on individual reader profiles.

One interesting statistic that stood out was the observation that 83% of polled publishers said that their subscription models had no impact on their advertising revenue, dismissing the myth that the one naturally cannibalizes the other!

A License to Grow

The author and researcher, Professor Christopher Bones was up first to provide his perspective on how to break through the media subscriptions ceiling. He began by discussing what a stark challenge that content providers are facing today, namely that  if you don’t offer user differentiation, then you are less likely to persuade readers to buy your content. One suggestion was to think about what publishers can learn from different subscription models, such as that of Netflix and other OTT platforms. The argument made was that, while the business models are very different, in each case the path to subscription is extremely easy - something that many publishers need to challenge themselves to replicate.

Note: this is a core tenet of LaterPay’s offering to publishers - by providing an extremely low-friction means to purchase and consume content, we help keep readers engaged and actively moving through the conversion funnel.

Another key message was that publishers need to optimize their customer journeys in order to drive revenue. This includes spotting the cold, warm and hot users - and developing strategies for each user type to better engage them and convert them down the funnel. In conclusion, the message was clear - learn from your users, learn from what has worked and what has not, and ultimately respond to customers with ideas, don’t push your own ideas to your customers.

Next on stage was Richard Furness, Managing Director of Consumer Revenues and Publishing for Guardian News & Media, who provided his own insights into the issue, while also shining a light on how The Guardian has managed to get 1 million readers to pay them without actually having a paywall.

The Guardian’s business model is to ask for donations from its readers online, while continuing to charge for its print edition. According to Furness, print and digital do not have to compete - rather they can complete each other. And this is borne out in reality - The Guardian’s reader revenues (including newsstand sales) are now larger than ad revenues, and readers have responded positively to supporting the publication in these different ways.

Audiences were invited to a case-study driven session, in which three different publishers shared their discoveries on what has worked best to drive growth in their market and region.

First up was Fernando Belzunce, Editorial Director Regional Media for the Spanish media group, Vocento, which owns 11 newspapers in the country. Belzunce spoke about why Vocento today is exploring alternative digital subscription models for one of its publications - El Correo - due to the limitations in advertising that the group is seeing in the regional market. As a result, he and his team are also extending beyond the traditional revenue models, looking at events, coupon, ticket sales, web services, and sponsorship opportunities.

Ben Cotton, Executive Director, Subscription Growth for The New York Times spoke at length about the publications experiences over the past decade, how it has reached over 4 million subscribers today and about its goal of reaching more than 10 million subscribers by 2025.

Cotton identified five core areas where he believes the New York Times has differentiated itself from the rest of the industry: 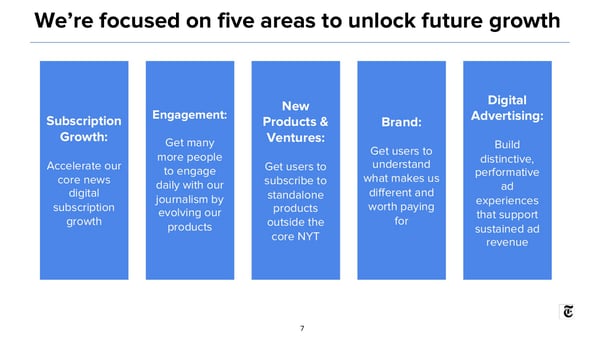 After starting by offering 10 free articles each month and then reducing that number to 5, Tamedia switched to a premium model, charging for 2-3 curated stories each day, focusing on content that brings in new subscriptions, such as investigative stories, regional sports pieces, etc.). IN order to better learn how to convert brand lovers and loyal readers, Tamedia has also tested different products and prices, including a 2€ day pass (100,000 people purchased and many became subscribers are buying a few passes) and a 9€ app that reached a completely new target group.

Advertising vs. Subscriptions: How to Balance Conflicting Objectives?

Katarina Ellemark, product manager of MittMedia - one of Sweden's largest media groups - , discussed how the group is able to make money from advertising because of its paywall, not in spite of it.

With 28 local daily publications, MittMedia was previously seeing a huge dip in advertising revenue and needed to take a new tactic to increase advertising numbers. It was not until the group launched its paywall, however, that it saw a means to address the issue. After launching a premium model in 2016, the group recognized the value of the data it was seeing from paid subscribers as it provided far greater insight into their interests and preferences. MittMedia decided to shift its focus on connecting relevant ads to customers, which in turn led the group to build ‘Reacher’ - a new sales interface that enabled the publisher to review the group size that an advertiser wants to engage with and then matches that need with MittMedia’s own insights into its audiences. The result has been strong, with the group already seeing double the number of CPMs.

Be sure to check back soon to hear from LaterPay Founder and CEO, Cosmin Ene, about his impressions of the Summit!

Find out more about how LaterPay can help you get ahead of the shifting trends in media consumption and user preferences.